Situation of surrogacy in Russia

Russia is a country where surrogacy is regulated on a commercial basis. According to their legislation, it is allowed to carry out processes of surrogate motherhood both for heterosexual couples, married or not, and for single women.

Although Russian law does not say that single men can carry out legal proceedings of surrogacy in Russia , the jurisprudence of the Russian Constitutional Court has for many years granted the right to single parents to register their children born by surrogate motherhood in Russia , so they are registered in a peaceful way.

One of the main advantages that this country offers us are its prices, much cheaper than the United States. The geographical proximity also makes many couples choose this destination when carrying out a surrogacy process in Russia.

Surrogacy in Russia, an alternative to Ukraine.

The new attitude of the Spanish Government, denied the registration of minors born by surrogacy in Ukraine and Georgia, where the local government issues a birth certificate in the name of the two Spanish parents (our legislation does not recognize the Spanish parents because according to our legal system "mother is the one who gives birth").

The surrogacy in Russia is the great unknown even though it is a country who has been carrying out surrogacy processes for more than 15 years. Russian law allows gestation processes by substitution to:

Surrogacy programs in Russia are carried out in the city of Kaliningrad. Kaliningrad is a Russian enclave, located outside the territory of Russia, following the dismemberment of the Soviet Union. It is a modern European city.

In Russia, the child is given a birth certificate on which both intending parents are listed As parents. However, the Spanish consular authorities do not accept this departure, because in our country, (as it happens in France or Italy) the civil code contemplates that "mother is the one who gives birth" for what the surrogate mother is considered the mother of the child. However, since the biological father is the intending father, the child is registered in his name, with the surrogate renouncing, according to the legislation of Russia, to the child. The child therefore travels to his country of origin as a citizen of that country (Spain, Italy, France etc ...), and subsequently the intending mother must adopt the child. The advisory service for the adoption process (which does not require a lawyer or solicitor, and which is requested before the family of your city), is included in our services.

Russia allows surrogacy programs to single mothers, and couples who cannot contribute their own genetic material. However, this type of program clashes with the legislation in the countries of origin, so if this is your situation, we advise you to speak with one of our family counselors, who will inform you of the procedure to follow in these cases.

1. Law on surrogacy in Russia

The legal aspects of surrogacy in Russia are governed by the Family Code of the Russian Federation 57 and the Federal Law on Health (Federal Law on the Basis of Protection of the Health of Citizens, no. 323-FZ) approved in November 2011, in in force since January 1, 2012, which repeals the 1993 law.

The medical issues of the The legal aspects of surrogacy in Russia are regulated by Order no. 67 of the Ministry of Public Health of the Federation of Russia “On the application of assisted reproductive techniques in the treatment of female and male infertility”, of February 26, 2003. In Russia, the candidates for being surrogate mothers are women who have voluntarily consented to participate in said program and meet the following requirements: being between 20 and 35 years old; having a healthy child of their own; having good mental and physical health. The only surrogacy type allowed is the gestational one.

* However, the regulation of surrogacy in Russia has suffered a process of flexibilization: although initially the paremts had to be a married couple, as it is provided for in art. 51 paragraph 4.2 of the Family Code, art. 16 paragraph 5 of the Federal Law on Civil Status Registration Acts of 1997 and the Law for the Citizen Health Protection, no. 5487-I of 1993, in all cases presented before the courts that are known, the Courts have forced the organs of the Civil Registry to register children born through surrogacy in favor of singles or unmarried couples, and this has recently been admitted by the new Federal Health Law (Federal Law on the Bases of the Protection of the Health of the Citizens, no. 323-FZ), approved in November 2011, effective as of January 1, 2012, which repeals that of 1993.

Only in the case of single men, does the surrogate mother appear on the birth certificate, if she agrees that she has lost her rights over the minor. 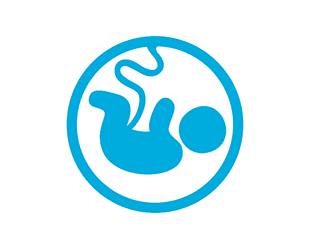 3. Type of surrogacy in Russia

As in most countries, surrogacy in Russia is Gestational or total, in which the surrogate mother does not provide genetic material, prohibited in Most of the countries that offer surrogacy programs.

The genetic material is either provided by the intended parents or through a donor. When we turn to a donor, this can only be eggs, because lacking this country of judicial sentence, paternity is determined by filiation, and the father must prove the biological relationship with the baby. The donor can be anonymous or chosen.

Donors are usually women between 18 and 26 years old, healthy, so they undergo a strict medical control, which guarantees your health.

The requirements of current legislation to carry out a process of surrogacy in Russia are the following:

Be a heterosexual married couple (married or not), single female, or single male (for jurisprudence).

5. How much does surrogacy cost in Russia

In Russia the price of a surrogacy starts from 57,700. The The price of surrogacy in Russia also varies depending on the difficulty of administrative management.

Advantages and Disadvantages of a surrogacy in Russia

Surrogacy in other European countries